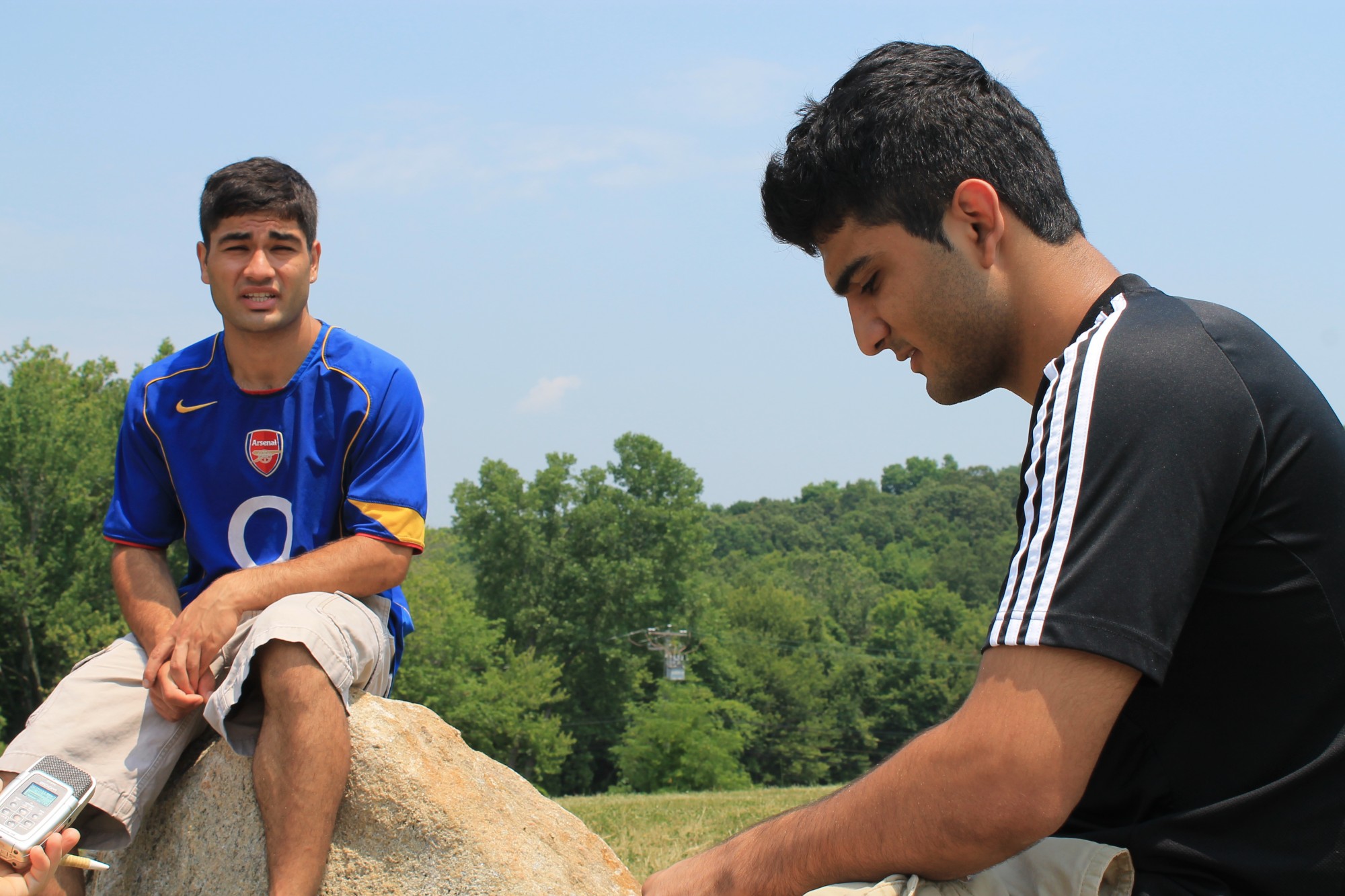 This article was featured in a competition for NPR’s Above the Fray Fellowship.

Bahar and his brother Mehran sit on two rocks besides me. They’ve agreed to meet in a park in their hometown in Connecticut, down the street from the house where they grew up. The house their father bought ten years back.

Afghanistan. Nearly 20 years ago. The country remained locked in civil war with the Taliban. It’s Russian supported government had been toppled. Sensing the growing chaos, Bahar and Mehran’s grandfather, a general in the Afghan military, shepherded the family to Pakistan.

Bahar and Mehran arrived in New York in January 2000. It had been ten years since they last saw their father. “He lived here for many years before us. That actually was probably around the first couple times I actually saw my dad.”

They landed in America, with it’s fast food, strip malls and skyscrapers.

“First thing we had was like uh…my dad got us some thing from like burger king—fish sandwich. Thought it was absolutely nasty. ” Even pizza was foreign. “We’d never seen pizza before. I never even knew what pizza was. We ended up not eating it. We were like what is this? We were sort of like questioning things”

Bahar and his brother were totally immersed, assimilating quickly. Now, the family speaks English at home, supplanting their native Farsi. “Everything was English English English. And all my friends became English”

“It was fun and interesting. Yeah, at first” Then 9/11 happened. Normal teen life, with it’s insecurities and petty meanness, became much harder. “I’d get in fights actually.”

“We actually even wore clothes from Afghanistan. Oh, outside sometimes. Then as soon as 9/11 happened it’s like people just thought they knew us. They knew everything about us. Oh, I know exactly where these people are from and what they do and what they think.

Being an immigrant can be an isolating experience. Afghans elsewhere, especially in larger cities, had what they did not—a sense of community. “We’re a lot more assimilated now so it’s like we don’t feel like that anymore. But, I remember times in the past you would almost feel like, I guess like lonely I guess. There are moments where like you can’t connect with anyone.”

They found it frustrating that they could not explain Afghanistan to others. “Whenever I was trying to say anything to educate kids about it, I don’t think they were listening anyways. Yeah they don’t. They don’t listen.”

While they keep up with their family overseas, they feel a disconnect. We don’t know what to talk about, Mehran says. “My dad thinks we’ve become so American… for me I see it as one of those things where I’m blood Afghani and nothing will really change that. Now you’re an Afghan American. I guess that’s the best way to see it. I’m not either or.”

Bahar and Mehran attend the University of Connecticut where Bahar studies politics and Mehran studies neuroscience. For now, away from the pressure of home, they can enjoy the day at the park.